IWSG is the brainchild of Alex Cavanaugh. Join us HERE.

How’s your writing? I’ve been making good progress on book three in my college sports romance series Blocked. Too bad I came to a standstill due to a psychology conference I’ve attended the past few days.

Check out the gorgeous Montana mountains where I’ve learned more about psychology and interacted with lovely colleagues. 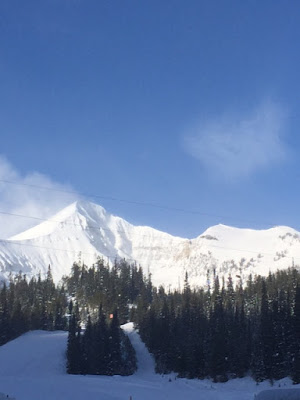 I’m itching to get back to my writing when I return home to Ohio, though I have so many emails and messages to plow through that it may take a while.
Do you have any tips for writing while traveling? Or for balancing writing with your day job?
February 4, 2015 jenlanebooks

I’m in Montana for a psychology conference. learning some cool things. Too bad I dislike skiing because we have major snow in Big Sky. 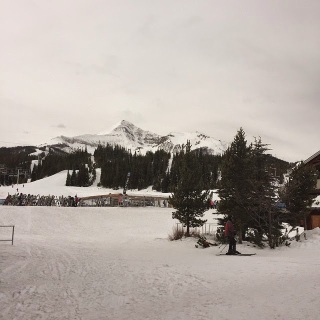 But I’ve had a blast chatting with friends and learning stuff! The best presentation so far has been about MARIJUANA. As a psychologist who has witnessed the sadness of addiction, I was against legalization before the presentation. Now I’m totally against it.

While you might think this brownie, candy, and beverage are for the munchies after you toke it up, these “edibles” are actually how THC is administered these days. One gummy bear has 4 servings of high potency THC. They’re marketing to kids by infusing candy and drinks with THC.
And, this isn’t your grandparent’s pot, your parents’ pot, or even your pot. In 1960 THC was .2% concentration. Now it’s 12%. Since it’s been commercialized in Colorado, the lobbyists and marketing machine has created products with 36% THC which have zero resemblance to the natural hemp plant. (The CBD percentage has stayed the same, rendering today’s marijuana as less medicinal.) One 19 year old Wyoming student went to Colorado, had never had pot before, ate a cookie with high potency THC, had a psychotic break, and jumped out a window to his death.

Whatever your beliefs, decriminalization is not the same as legalization. The change in law is all about making money and not about decriminalization or health at all. Using marijuana before the age of 18 really increases risk of addiction and cognitive deficits: one study in New Zealand found an EIGHT point drop in IQ from using marijuana 5 times a week.

What are your thoughts about marijuana?

Another great presentation was on MICROAGGRESSIONS, or unintended discrimination. We all make comments, often without our awareness, that may be hurtful. For example, a heterosexual person may tell a homosexual person “I don’t care what you do, just don’t flaunt your sexuality.” That comment may be hurtful by implying a gay person is hyper-sexual or some other such stereotype. Should we tell a heterosexual couple to stop kissing and “flaunting their heterosexuality”?

This video highlights some micro aggressions:

Finally, how’s your writing coming along? I was about 20K words into a romantic suspense when I realized I was itching to write book two in my college volleyball romance series, so I just started that MANUSCRIPT. I’m titling it Aced for now.

I think I’ll put my romantic suspense Twin Sacrifice aside though I kind of miss it. Anyone write two books at once? I’ve never tried before.

My critique partner Nicki Elson’s awesome rom-com VIBRIZZIO is available for pre-order! You will love this story and it’s only $.99.

Write on, my fellow crusaders!

I’ve been focusing on the psycho part of my psycho author career lately. I just finished a professional conference in Big Sky, Montana, and head back down the mountain today. Right now it’s -17 F! Here’s the view from my hotel room: 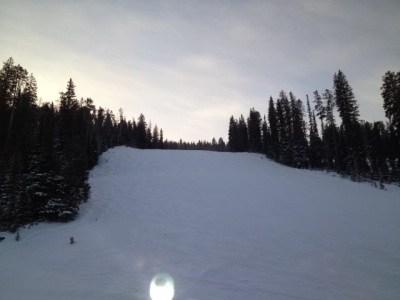 I presented on treating trauma in a special population, and shared my “screen door” metaphor to explain flashbacks. Check out this POST if you’re interested in how to write PTSD more accurately. It was wonderful connecting with colleagues.
One excellent TED talk I learned about at the conference is about how stress can be good for us. So if your heart’s racing, your stomach full of butterflies, your muscles tingling…those are signs your body is preparing to rise to the challenge!
Progress is slow with my WIP, and sales aren’t great. But I continue to enjoy the opportunity to create characters and stories.
How’s your month going?
Follow Jennifer Lane Books on WordPress.com