So pumped that summer is around the corner here in Ohio! We may not have great beaches, but I’m giddy about my outdoor pool opening soon. Lap swimming is *so* much better in the sunshine.

I’m giving away three prizes: a $10 gift card, an audiobook of my sports romance Rivals to a US or UK winner, and a Jennifer Lane ebook of your choice.

As a psychologist and author (psycho author), I write sports romance and romantic suspense with a psychological twist.

Splash on over to these fun participating blogs:

Thanks to The Kids Did It and The Mommy’s Island for hosting this fun giveaway!

I’m giving away an ebook and audiobook of my latest sports romance, Rivals, which includes a beach volleyball scene. Also up for grabs is a $10 gift card!

Enter to win on the Rafflecopter!

Paddle over to these participating blogs to win more beach gear!

Thank you to The Kids Did It and The Mommy Island for co-hosting the Winter is Coming Giveaway!

We had a 60-degree sunny day in Ohio on December 2 and then said goodbye to the sun forever. (I’m just a tad dramatic) Why? Because winter is coming! I don’t love the shorter days but I do love the holidays.

What do you hate/love about the winter?

To entertain you in the winter months, I’m giving away a $15 gift card and an ebook of my latest release, psychological thriller Twin Sacrifice.

a Rafflecopter giveaway
Bop on over to these blogs to check out their cool giveaways!

Thanks to The Kids Did It & The Mommy Island for hosting.

How’s your return to school? I’m sad the days are getting shorter but otherwise excited to dive into the back-to-school energy of working as a psychologist at a university.

My sports romance BLOCKED features a Latina starting as a scholarship volleyball player at the university where her crush also plays. I’m giving away an ebook of Blocked, Aced, and Spiked, as well as a $10 gift card.

Then be sure to hop over to these amazing places!

This is a lovely story. Here’s my 5 star review.

Worst Case by Beck Anderson
My rating: 5 of 5 stars

Anxiety is weird. When we feel anxious, we try to avoid the thing that’s jacking up our sympathetic nervous system. Too bad avoidance often increases anxiety. The best strategy for reducing anxiety is to approach it head-on–ask a honey out on a date, deliver public speeches, drive to a friend’s over snowy roads–but who has the gumption to do that?

Vivi is a 17 year old whose mother’s nervous system is on overdrive. Convinced the world is dangerous, her mother keeps uprooting her from town to town, running from her fears. Her mother even has the gall to move her to Idaho in the midst of Vivi’s senior year.

What an interesting setting for the story: Coeur d’Alene. I lived in eastern Washington for a year and still remember the breathtaking views of the lake and resort when I visited this northern Idaho town. But Vivi’s mother hasn’t moved her here for the view. It’s another ploy by her mother to avoid her crippling anxiety.

Thankfully a neighbor boy, Win, makes Vivi feel right at home from the get-go. He’s got his own secret worst case that has made him wise beyond his years.

Vivi has inherited her mother’s anxious brain, which includes worry and panic attacks but also the gifts of anxiety: kindness, intelligence, and keen observational skills, like:

The space thing, I’ve always been fascinated by it. Grown-ups take up a lot of space, most of them. Men. They spread out on bus seats. They take their half of the hallway out of the middle.

Win does this, but not in a man-spread, irritating way. In a “clear the way, here he comes” kind of way. He is noticed, and people move for him.

A path clears for Win. And here I am, riding in his wake. What an intoxicating feeling.

*nods* I agree with Vivi. On airplanes, I seek a seat next to a woman, not a man, because of this space thing. I’m not a small person and the women next to me might not be small either, but they don’t tend to “spread out” like men do. (PS I love men but I don’t want to be cramped on a long flight!)

Sounds like Vivi has had some therapy–too bad her mother is reluctant to see a therapist–and I like this metaphor:

It sucks, anxiety. I had a psychologist once who told me it’s best to try to think of anxiety like it’s the flu. When you have the flu, you don’t get owned by it. It doesn’t dominate you, it doesn’t define you. It’s just something you have, and you deal with it.

I enjoyed Vivi’s quirky humor, like when she tries paddle boarding:

Win’s out in the water, up to the waist, and when I put a toe in, it’s really, really cold.

…or when an annoying but lovable girlfriend makes a big deal of her kissing Win:

Phoebe jumps up and down.

Win breaks the kiss and pulls me into a hug. “Don’t move. If we’re still, maybe she’ll move on.”

“She’s not a tyrannosaurus rex. She can still see us,” I murmur. But I’d be happy to just stand here in his arms.

Vivi and Win keep alluding to the big talk they need to have, revealing their inner demons, and I think it takes a bit too long for them to share their secrets. The build-up makes their secrets seem anticlimactic, when upon reflection, family problems like these would challenge any teen.

Beck Anderson’s straightforward writing style and unique observations of the world continue to impress me. I’ll read anything she writes!

So, back to facing anxiety. When I have “what-if” questions, like “What if I don’t get my to-do list done?”, instead of trying to banish those thoughts from my mind, cognitive-behavioral therapy has taught me to go deep into the worst-case scenario and imagine coping with it. I ask myself three questions: 1) What’s the worst case scenario? 2) What’s the likelihood of that event? and 3) Even if that unlikely worst case scenario happens, could I handle it? Asking these questions convinces me that I won’t *die* if I fail to finish my to-do list.

Luckily for Vivi and Win, they help each other face their own worst cases, and it’s a worthy journey.

Will she risk the fall and take a leap of faith?

Vivi Lewis just wants to stay in one place for more than a minute. It’s April of her senior year, for crying out loud, and here she is again, packed into a beat-up white Toyota with her anxiety-ridden single mom, fleeing the Washington coast. She hopes that this move—the one that’s taken them inland to Coeur d’Alene, Idaho—will finally be their true fresh start.

There’s little to indicate this time will be much different from all the others…until Vivi meets Win Kemper at the city bus stop before her first day of school. Win and Vivi are a perfect match—both self-defined weirdos. Vivi trusts Win, and their time together is a whirlwind of cliff-jumping and paddleboarding, a life immersed in nature that would have given her, and especially her mom, a panic attack in the past. Their instant spark becomes a rock-solid friendship, and might be even more, if Vivi can stick around long enough to experience it.

But having a reason to stay also raises the stakes. Running from their fears has never made Vivi and her mom safe enough before, and now everything she has to lose appears in sharp relief. Can she find the strength to separate herself from her mother? Will the burgeoning bond she and Win share be enough to get them beyond the last twenty-six days of senior year—even when the worst-case scenario comes to pass?

Beck Anderson believes in the power of perfectly imperfect women and in the healing power of love.

A two-time Rita© finalist, she’s the author of five novels including the Fix You series and The Jeweler. Her newest YA romance, Worst Case, releases 1/16/18.

Beck balances (clumsily at best) writing novels and screenplays, working full-time as an educator, mothering two boys, loving one husband, and making time to walk the foothills of Boise, Idaho, with Stefano DiMera Delfino Anderson, the suavest Chihuahua north of the border.

Welcome to the Howl-o-Ween Hop hosted by The Kids Did It and The Mommy Island.

Do you have your costume ready? One year my older sister randomly asked my mom to make her a carrot costume, and I wore it as an adult!

I’m giving away a $10 gift card and Jennifer Lane ebook of your choice. I write sports romance and romantic suspense with a psychological twist. It’s volleyball season–check out my complete college volleyball romance series: BLOCKED.

Forever Valentine PR and More, in partnership with Locklear Books and MJ Emerson, is proud to present the blog tour for Musings – An Argyle Empire Anthology.

Covenant House Pennsylvania is a program of transformative change, an opportunity to move forward, often from lives of trauma and neglect. From the very first moment, we approach our young people with unconditional respect and support. We strive never to turn anyone away.

Welcome to the Midwinter’s Eve Giveaway Hop! Thanks to Mary from Book Hounds for hosting.

I for one am excited the days will get longer after Winter Solstice. The short daylight is my least favorite part of winter. But I love cozying up in fleece and sipping hot drinks.

I’m giving away a $10 gift card and a Jennifer Lane ebook of the winner’s choice. I write sports romance and romantic suspense with a psychological twist. Check out college volleyball romance BLOCKED for only $.99.

Hop over to these blogs to win stuff!

Thanks to Mary from Book Hounds and Kathy from I Am A Reader for hosting.

I am so grateful to the readers and authors I’ve met since starting this crazy publishing journey in 2010.

To express my gratitude, I’m giving away a $10 Amazon gift card. Enter on the Rafflecopter. Note: This hop is supposed to have only one entry so please choose ONE only way to enter.

I welcome you to return to the blog on 12-2-15 for the celebration of the release of ACED (Blocked #2), New Adult Sports Romance. I’ll be hosting a giveaway here and joining 25+ authors for the Facebook release party.

a Rafflecopter giveaway
Check out these grateful blogs as well:

Thank you to Kathy from I Am A Reader for hosting! There are over 200 blogs participating.

October is a special month for me since I’m revealing the cover for my next novel ACED (Blocked #2), a college sports romance series.

I’m also a big fan of all things Halloween. My Twitter avatar features my favorite Halloween costume of me as a carrot. Why? Who knows. 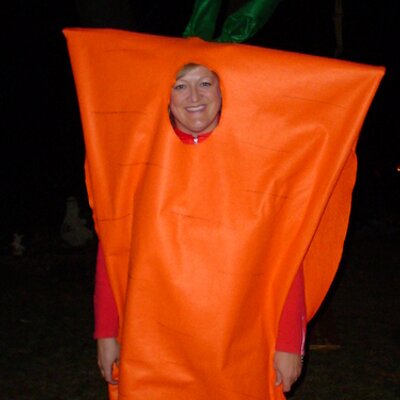 To celebrate all things spooktacular, I’m giving away a $10 Amazon gift card, an ebook of my college volleyball romance BLOCKED, and an ARC of ACED (Blocked #2, due 12-2-15).

Check out ACED’s cover reveal at our Facebook party on 10-20-15 HERE. Good luck!

a Rafflecopter giveaway
Hop on over to all these fantastic blogs. The more you enter, the more you win.