“We all know it’s been creatively challenging the past two years. Some managed to write like maniacs, but a good portion of us were sidelined by events wrought with turmoil and uncertainty.

But 2022 can be different. We can take control of our own creative future. We need to maintain hope. Without it, we won’t make it. We need to feed that spark of hope. That creative spark! That’s our wheelhouse.

So, we need to believe in ourselves. Believe in the words we write. And believe 2022 is our year!”

January 5 question – What’s the one thing about your writing career you regret the most? Were you able to overcome it?

I regret not knowing more about the craft of writing before my first novel was published. Though I still feel a fondness for the characters of my first novel, adverb abuse, head-hopping, and bloated prose hurt the writing quality.

I have tried to overcome this regret by learning more about the craft through reading, studying writing, and working with my critique partner and editor. It felt great to edit my debut novel to reduce my cringe reactions.

June 22, 2018 jenlanebooks
Congratulations to Ellen Jacobson on the release of her debut novel, Murder at the Marina!

First I welcome Ellen for a guest post, followed by my FIVE-STAR review. Take it away, Ellen:
Thanks for hosting me on your site today to celebrate the release of my cozy mystery, Murder at the Marina. This is the first book in the lighthearted and humorous Mollie McGhie Sailing Mystery series, featuring a reluctant sailor turned amateur sleuth.
My own sailing adventures and misadventures inspired me to write this series. My husband and I bought our first sailboat in New Zealand in 2012. After a couple of years cruising in those beautiful waters, we returned to the States and bought a bigger boat which we moved onto in 2015. We’ve since cruised in Florida and the Bahamas, labored over endless boat projects, and worked to keep our cruising kitty (savings) topped up.
I wanted to reflect my experiences learning to sail, cruising and living aboard a boat, and being part of the boating community in my cozy mysteries. You could say that there’s a little bit of me in my main character, Mollie.
I thought I’d share one of the boating tidbits which I wrote about in Murder at the Marina—namely, fear of alligators and other sea monsters. When Mollie first visits Palm Tree Marina and walks down the dock, she worries about falling into the water and what dangers might lurk there. I can completely relate to this as we have alligators who make their home at our marina, swimming right next to my boat. Typically, alligators aren’t interested in attacking humans, but, unfortunately, there’s always someone who decides to feed them. Not a great idea. The gators start to associate humans with food and, more often than not, they have to be removed and destroyed.
Now that I’ve become more accustomed to alligators, I don’t freak out as much as I used to. In fact, we have a couple of babies swimming around at the marina right now and I caught myself thinking that they were adorable. Then I remembered the teeth. It will be interesting to see if Mollie does encounter alligators, crocodiles, or other creatures over the course of the series and how she reacts.
If you’d like to learn more about Mollie and her sailing adventures, you can find details about Murder at the Marinabelow.

Murder at the Marina by Ellen Jacobson
My rating: 5 of 5 stars

What a charming debut novel!

Mollie McGhie is an intrepid journalist who has just moved to a Florida coastal town with her husband, Scooter. Scooter has some endearing nicknames for his wife, like, My Little Sweet Potato, but his 10th wedding anniversary gift is not so endearing: a ramshackle sailboat. Neither Mollie nor Scooter possesses the skills to rehabilitate the boat, much less sail the open sea.

Mollie’s disdain for the sailboat multiplies when she finds a dead body on deck. Who murdered the victim? Suspects abound in the town’s colorful cast of characters.

After Mollie overhears one suspicious conversation, her clueless question cracked me up:

“Wait until those new marks of yours find out what you sold them.”

He shook Penny by the shoulders. “You better not say anything, you hear me?”

I was left with one question—who were these new marks she was referring to?

Chocolate is Mollie’s fuel for sleuthing. Not only is she trying to identify the murderer, but also she believes one woman in town suffers from alien abduction. Good thing her “journalist” job is for the Federation of Alien Research, Outreach, and UFO Tracking. She’s determined to beat out another woman for promotion.

Mollie’s investigative efforts do not impress the police chief.

”Mrs. McGhie, what a surprise to find you here. You seem to specialize in finding bodies.” Chief Dalton raised both of his eyebrows. “That makes two bodies in just four days, doesn’t it?”

His math was correct. I guess the ability to be able to do simple arithmetic was an important skill for police officers. That’s probably why I never joined the force. I struggle with math. I’m also scared of guns.

I found the female version of Inspector Clouseau to be fun and entertaining despite the danger swirling around her. A great read!

Blurb
A dilapidated sailboat for your anniversary—not very romantic. A dead body on board—even worse.
Mollie McGhie is hoping for diamonds for her tenth wedding anniversary. Instead, her husband presents her with a dilapidated sailboat. Just one problem—she doesn’t know anything about boats, nor does she want to.
When Mollie discovers someone murdered on board, she hopes it will convince her husband that owning a boat is a bad idea. Unfortunately, he’s more determined than ever to fix the boat up and set out to sea.
Mollie finds herself drawn into the tight-knit community living at Palm Tree Marina in Coconut Cove, a small town on the Florida coast. She uncovers a crime ring dealing in stolen marine equipment, investigates an alien abduction, eats way too many chocolate bars, adopts a cat, and learns far more about sailing than she ever wanted to.
Can Mollie discover who the murderer is before her nosiness gets her killed?
Buy Links
Murder at the Marina—A Mollie McGhie Sailing Mystery #1
Print ISBN 978-1-7321602-1-7
eBook ISBN 978-1-7321602-0-0
Mystery
Amazon (US) – https://www.amazon.com/dp/B07CHXQ29Y
Amazon (CA) – https://www.amazon.ca/dp/B07CHXQ29Y
Amazon (UK) – https://www.amazon.co.uk/dp/B07CHXQ29Y
Kobo – https://www.kobo.com/us/en/ebook/murder-at-the-marina
Barnes & Noble – https://www.barnesandnoble.com/w/murder-at-the-marina-ellen-jacobson/1128516692
Apple iBooks – https://itunes.apple.com/us/book/id1373848719
Google Play – https://play.google.com/store/books/details/Ellen_Jacobson_Murder_at_the_Marina
Author Bio
Ellen Jacobson writes mystery and scifi/fantasy stories. She is the author of the “Mollie McGhie Sailing Mystery” series. She lives on a sailboat with her husband, exploring the world from the water. When she isn’t working on boat projects or seeking out deserted islands, she blogs about their adventures at The Cynical Sailor.
You can connect with Ellen on:
Author Website – https://ellenjacobsonauthor.com/
Author Facebook Page – https://www.facebook.com/EllenJacobsonAuthor/
Goodreads – https://www.goodreads.com/author/show/17395138.Ellen_Jacobson
The Cynical Sailor Blog – http://thecynicalsailor.blogspot.com/
The Cynical Sailor Facebook Page – https://www.facebook.com/TheCynicalSailor/
Twitter – https://twitter.com/Ellen__Jacobson
Newsletter Sign-up – http://eepurl.com/dpy5sv
February 1, 2017 jenlanebooks

Welcome to February’s edition of Insecure Writers Support Group, the brainchild of Alex Cavanaugh. Hop on board at Alex’s blog!

How was your January? I had to replace my furnace/AC/water heater and let’s just say I’m relieved I don’t have to survive on my measly author income after getting that bill. Luckily the system died when we had unseasonably warm temperatures in Ohio.

Are you ready for Singles Awareness Day on February 14th?

February Question: How has being a writer changed your experience as a reader?

Negative change: Less enjoyment of many books. Before starting as a writer, I didn’t notice misspellings (like blond/blonde) or excessive verbiage. In the past, I skipped over cliches and telling instead of showing. Now those errors disgust me.

I feel fortunate fellow authors had the patience to read my debut novel, considering all my fledgling writer mistakes. I just re-edited With Good Behavior and chopped off 33,000 words, yahoo! The manuscript is with my publisher for a copy edit before we re-release it.

Speaking of revising, my website is over six years old and in need of an overhaul. Any web designers you’d recommend?

Thank you to this month’s co-hosts:

Congratulations to Nancee Cain on her debut novel! Saving Evangeline is garnering quite a few 5 star reviews. 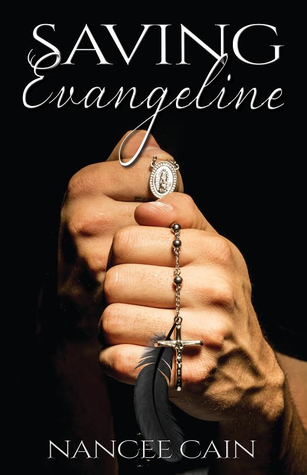 Evangeline is the town pariah. Everyone knows she’s crazy and responsible for the death of her last boyfriend. Even her mother left her and moved cross-country. Lonely and desperate, Evie decides to end her life.

Rogue angel Remiel longs to return to earth. There’s just one problem. He tends to invite trouble and hasn’t been back since Woodstock. The Boss sends him to save Evangeline, but there’s a catch. He can’t reveal his angelic nature and must complete the task as Father Remiel Blackson.

Forced together on a cross-country trip, a forbidden romance ignites and love unfolds. A host of heavenly messengers try to intervene, but Remiel and Evangeline are headed on a collision course to disaster. Will his love save her, or will they both be lost forever?

Get it HERE.
Add it to your Goodreads shelf.

Join Nancy at the Confess Your Love of Romance Novels Facebook event on Sunday, June 7 from 2-4pm

Title: A Little Faith
Series: Ocean Beach #1
Author: Emma James
Release Date: October 9, 2014
Synopsis
I had no idea a carefree island vacation would tear my life apart.
But now it’s time to put my walls up, make them impenetrable.
It’s the only way to survive.
~Faith

Keanu, the funny bone. Levi, the model. And Text, who can’t seem to find himself.

All their lives were permanently altered by one event.

With a pact made, these five best friends need something from Faith.

Is she ready now to give them what they have been waiting for?

Join Faith as she goes on an emotional and heartwarming discovery where all may not be what it seems.

But with every ending, comes a new beginning, a second chance.

You just gotta have A Little Faith… 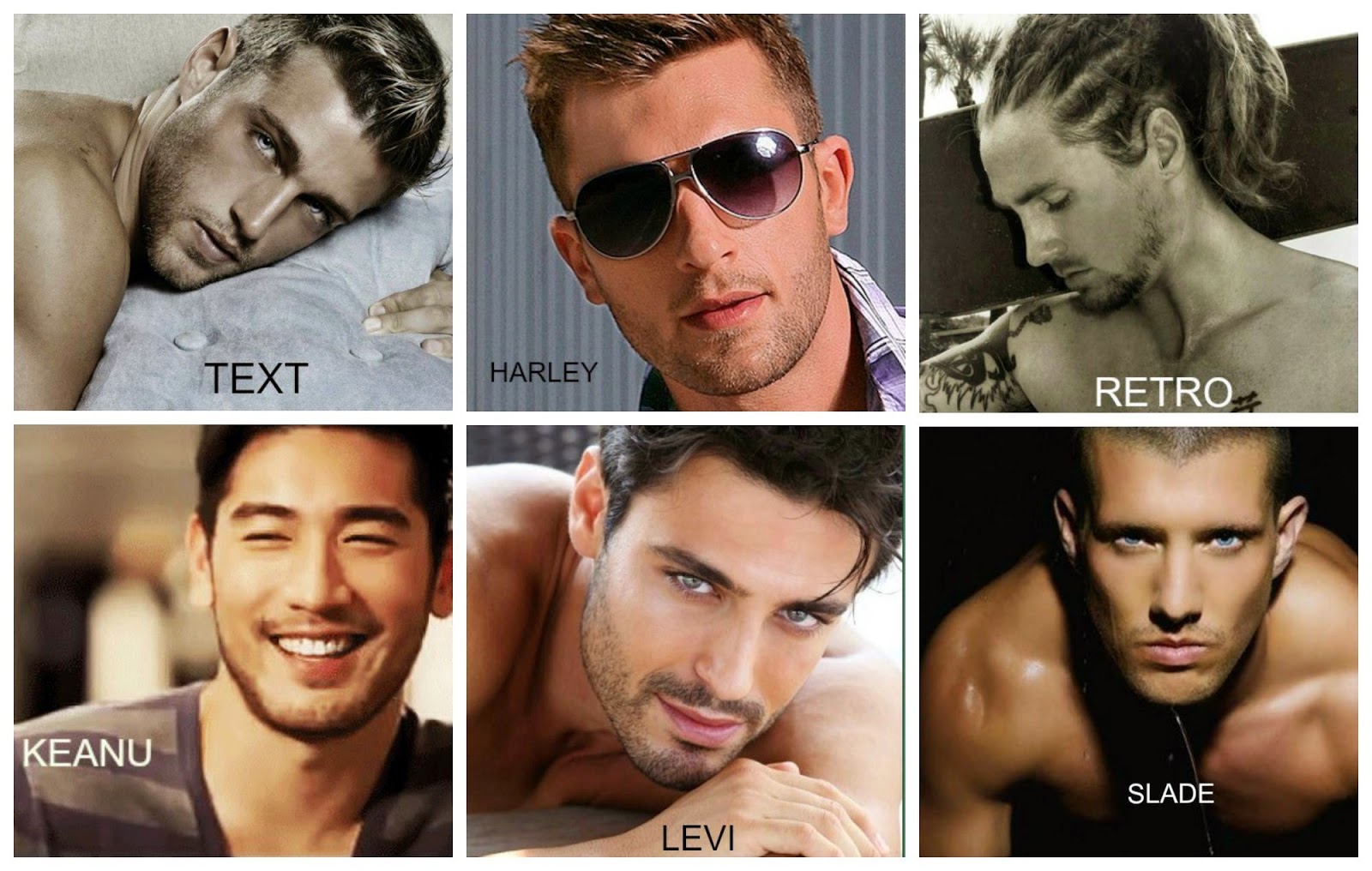 Excerpt
“You never know how strong you are until being strong is the only choice you have.”
– Bob Marley

Emma James lives in Queensland, Australia with her smexi husband, three children and a big black Labrador. Life is busy and most entertaining in the James household. She often bounces ideas off her family and gets very creative responses. She loves to read as much as write. Daytime for writing, night time for reading.

Emma hopes to surprise you with her debut book, A Little Faith.