A character that fascinates me is the vixen. I’m referring to the slang definition of vixen–“a sexually provocative female”–not “a woman regarded as quarrelsome, shrewish, or malicious”.

My favorite TV vixen is Samantha Jones from Sex and the City. 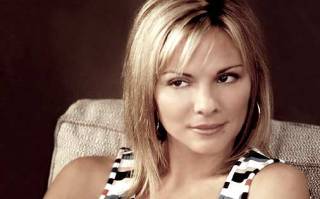 Do you remember the melon episode? Kim Cattrall plays her brilliantly. 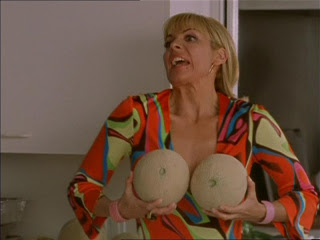 She cracks me up. Samantha is coy, intelligent, sexually adventurous, and disdainful of monogamy. She doesn’t want to marry and she sure as hell doesn’t want children.

My mother, who is in her seventies, claims that women like Samantha Jones don’t really exist…that women aren’t really sexual aggressors. I have to admit I don’t have any friends like Samantha, but I believe there are women out there who do crave sexin’ it up with multiple partners.

What do YOU think?

**Blogger help!** The past two scheduled posts have not published. Is that happening to anyone else? Any suggestions for how to fix it?

6 thoughts on “V is for Vixen”