Join us for the Insecure Writers Support Group at Alex Cavanaugh’s blog.

How’s writing going for you? I’ve limited my writing to psychotherapy case notes lately, though I have joined an inspiring group of authors gearing up for the next IWSG anthology’s release on April 30.

Check out the IWSG Anthologies website to learn more about the first three short stories in Masquerade: Oddly Suited, including excerpts. My baseball catcher and softball pitcher get to know each other in the second post, featuring my story, Behind the Catcher’s Mask.

IWSG Day Question: Whose perspective do you like to write from best, the hero (protagonist) or the villain (antagonist)? And why?

My first-person stories have been exclusively from the heroes’ perspectives, probably because I am an upbeat person who roots for the good guy. However, I have delved into the villain’s point of view in my third-person stories. One of my favorite parts of writing is exploring character motivation, and what’s more interesting than getting inside the head of a villain? The trick is not to make them over-the-top evil. We all have reasons for what we do, and the villain’s motivations are as good as any.
Thank you to today’s Co-Hosts:
Fundy Blue, Beverly Stowe McClure, Erika Beebe, and Lisa Buie-Collard!
October 1, 2014 jenlanebooks

Thank you to Alex Cavanaugh for his brainchild: Insecure Writers Support Group! 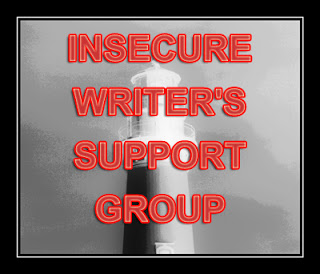 I give permission for today’s post to be included in the anthology IWSG Guide to Publishing and Beyond, full of tips for writing, publishing, and marketing.

Are your fictional characters overly compliant, aggressive, or withdrawing?
Why do they act that way?
As a psychologist/author (psycho author), I will address three relational styles for your characters:
1. Moving Toward (compliance)
2. Moving Against (aggression)
3. Moving Away (withdrawal)
Psychologist Karen Horney theorized that we learn to cope with anxiety by adopting one of these three interpersonal styles. In other words, when faced with conflict, we engage in submission, fight, or flight.
Imagine a family with an alcoholic father, an enabling mother, and three children.
Alicia, the oldest daughter, craves her father’s love. She earns straight As and keeps the house clean to avoid his wrath when he comes home drunk. Alicia has no idea what she wants or needs but is adept at reading the needs of others. She avoids anxiety by trying to please others around her (moving toward).
Derek, the middle son, hates feeling weak. He tells his mother he doesn’t care about her. He gets in fights at school. When his father becomes abusive with his mother, Derek intervenes and provokes his father to hit him instead. He avoids anxiety by lashing out at others (moving against).
Jonah, the youngest son, gets a stomach ache when his parents argue. He hides in his tree house or spends hours alone, shooting hoops. When his friends ask him to hang out, he shrugs and claims he’s busy. Jonah avoids anxiety by withdrawing from others (moving away).
Each relational style can be effective when used flexibly, but problems arise with rigid styles. Alicia might lose herself in a loveless marriage. Derek may get fired for yelling at his boss. And Jonah might drown in loneliness as an adult.
Connecting relational styles to family experiences provides compelling character motivation.
Follow Jennifer Lane Books on WordPress.com